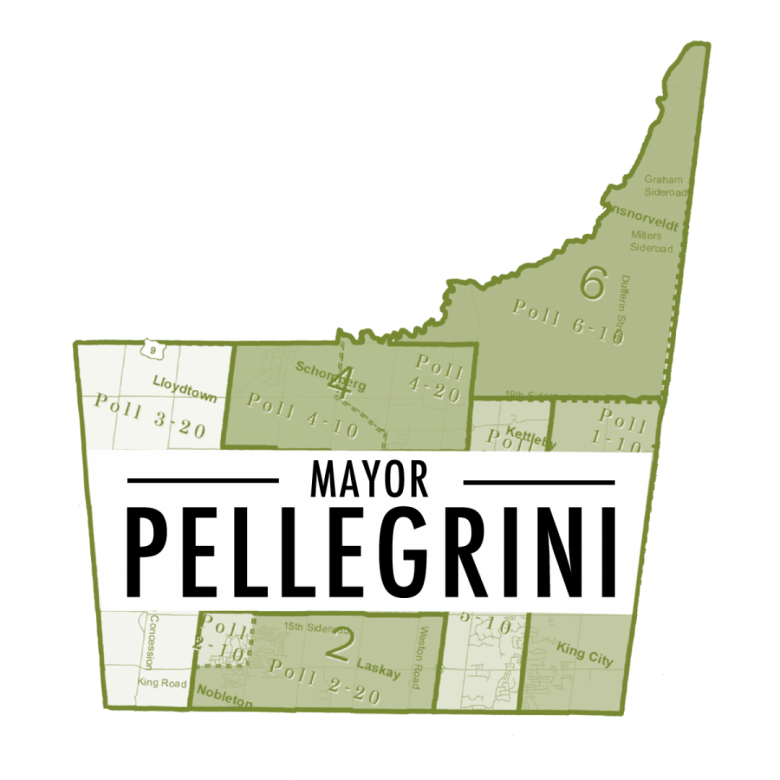 STEVE PELLEGRINI is the Mayor of the Township of King — the largest geographical municipality in York Region. Within King’s boundaries are the villages of King City, Nobleton, Laskay, Schomberg, Kettleby, Pottageville, Ansnorveldt, Snowball, Lloydtown and Strange. Mayor Pellegrini was sworn into office in December 2010 and is now serving his third consecutive term as Mayor. He is also King’s Regional representative on York Region Council. 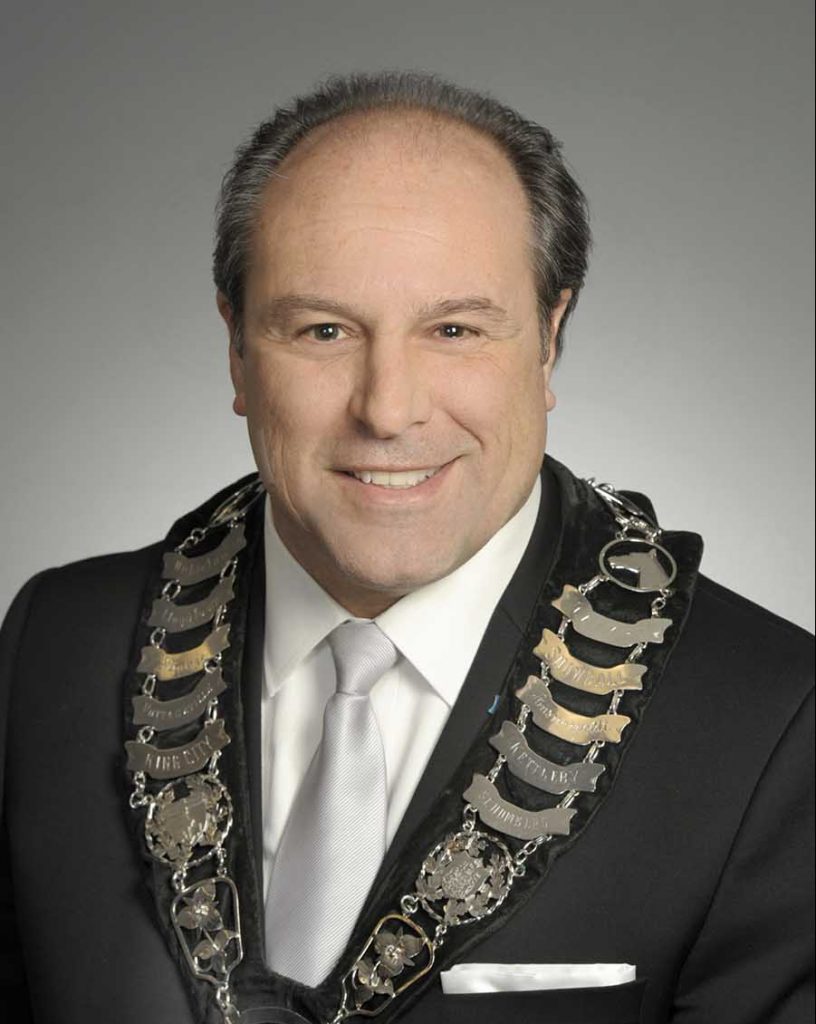 Steve began his involvement in King Township as the municipal councillor for Ward 1 in King Township from 2000 – 2006 (2 terms). Steve’s record of dedication and commitment is unsurpassed. He attends every Council and Committee meeting and has never had a conflict of interest. For the past two decades, he has worked tirelessly on a variety of community committees and organizations. Steve has always focused on our Township.

If you are interested in receiving occasional email notifications regarding King Township related news and events, you are welcome to subscribe to my newsletter below.